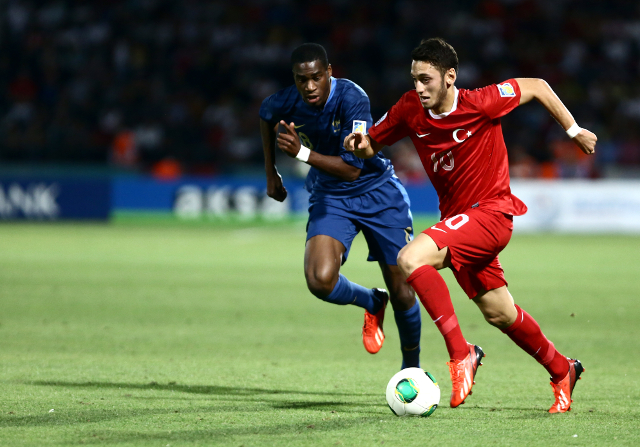 Arsenal will reportedly make a formal offer for Hamburg teenager Hakan Çalhano?lu according to the Daily Star.

The German born Turkish international benefited from a successful loan spell at Karlsruher last term and has made a real impact in the Hamburg first team during the current campaign.

The attacking midfielder has started 11 of Hamburg’s 15 Bundesliga fixtures and scored four times and provided two assists to boot and has been likened to a certain Mesut Ozil, who has of course become something of a fan favourite at the Emirates Stadium.

Çalhano?lu has also attracted the attention of Liverpool and his representative Bektas Demirtas claims a bid is imminent, stating;

“We know of Arsenal’s interest.

“I think they will make a concrete move in December or January.

“Hakan and Hamburg has been a success story – our wish is that he stays here and continues to evolve.”

Arsene Wenger is well known for his penchant for snapping up the best young footballing talent and indeed this is more the Arsenal manager’s style than the splashing of massive fees to land established stars so his interest in Çalhano?lu is perhaps no huge surprise.