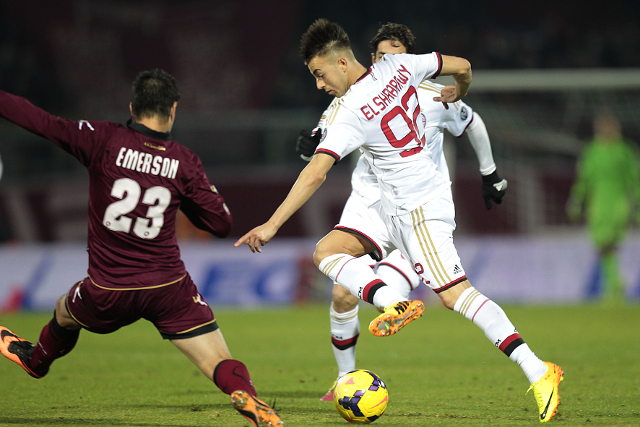 Emirates Stadium side closing in on deal to snap up under-used Italian.

CaughtOffside understands that Arsene Wenger’s pursuit of further striking options to offer support for first choice start Olivier Giroud has led the Gunners boss to track the 21 year old San Siro star, who has been left warming the bench for much of the current campaign.

The January signing of Mario Balotelli and the summer capture of Alessandro Matri have greatly limited Shaarawy’s first team involvement, indeed the forward has made just one Serie A start this season this coming after finishing as the club’s top-scorer in 2012/13.

El Shaarawy may well jump at the chance of a move to Arsenal, especially with the North London club riding high at the top of the Premier League, and a move for the youngster certainly adheres to Arsene Wenger’s traditional youthful transfer policy.

Wenger will be offered significant funds in the January transfer window to boost his squad as they look to end a lengthy silverware drought and though El Shaarawy is cup tied from Champions League involvement he is seen by the Arsenal manager as a player with a bright future and hopes his opening bid is accepted by the Italian giants.

Interest in a new striking option is perhaps all the more crucial to Wenger given the injury issues he has seen Lukas Podolski suffer with this season.