Bernabeu side to make bumper offer for Old Trafford star.

Real Madrid boss Carlo Ancelotti has set his sights on Man United striker Wayne Rooney and has been given the backing of his Bernabeu club to make a significant bid for the 28 year old Old Trafford star.

CaughtOffside understands that Ancelotti wants to bring in Rooney to act as a central striking weapon in a potentially mouthwatering attacking trio with wide-men Cristiano Ronaldo and Gareth Bale and is keeping tabs on the continuing contract talks between Man United and the England international.

With 18 months to run on his current deal Man United are keen to tie the striker down to a long term contract and are ready to stick to the player’s current £250k a week salary for a further four years though the club’s current poor run of form under new boss David Moyes may well leave Rooney considering his options.

Rooney started the season slowly but has battled back to become arguably the club’s most consistent performer, netting ten goals and providing ten assists in the course of 20 appearances in all competitions. 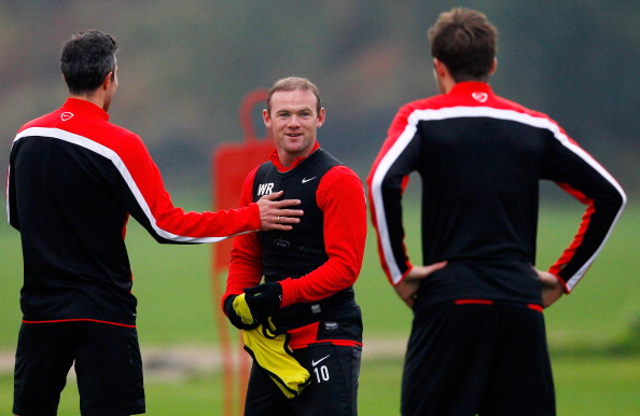 Ancelotti sees Rooney as a better option than current starting striker Karim Benzema and Real Madrid feel that the Man United man would be a hugely bankable asset in regards to promotional opportunities, so much so that they are willing to match Rooney’s current salary as well as offering him a bumper signing on fee.

Real Madrid will look to sweeten a £50m summer bid by offering either Angel Di Maria or Sami Khedira in part-exchange, two players who are known to be of interest to David Moyes.

Though Man United would be loathed to lose Rooney they know that his value will start to dip dramatically once he enters the final year of his current deal and clearly the two clubs have previously agreed transfer deals.

Rooney could become the latest in a line of recent Man United sales to the Spanish giants with the likes of Ruud Van Nistelrooy, David Beckham and Cristiano Ronaldo all making similar moves.

One would imagine that the chances of Rooney signing a new Man United contract should Moyes fail to secure a Champions League berth would be drastically reduced.