With the January transfer window now less than three weeks away from opening, we take a look at five possible new recruits that the Reds are targeting in the new year. 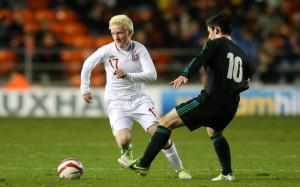 The Merseysiders have been keeping close tabs on the young Derby starlet for the past 12 months now with a view to signing the player at some point in 2014.

However, with the England Under-21 international’s form having continued to catch the eye so far this season and with Hughes generally considered by many experts and judges alike to be one of the most impressive players currently plying their trade on the Continent, Liverpool boss Brendan Rodgers is now thought to be seriously considering making a move for Hughes at the turn of the year.

But with Hughes, 18, contracted to the Pride Park outfit until June 30 2016, the Reds may need to really splash the cash in January in order to be able to persuade the high-flying Rams to part company with their star man.