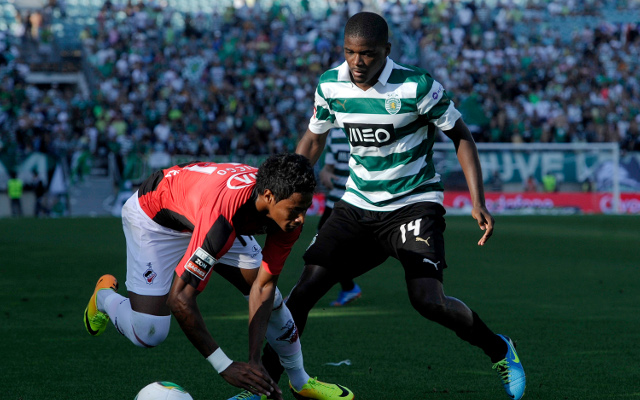 Portuguese has a contract with Sporting until 2018.

Premier League champions Manchester United have run the rule over Sporting Lisbon midfield player William Carvalho at least six times of late with a view to possibly signing the highly rated Portuguese when the winter transfer window opens again for business in the new year, according to reports in the Daily Mirror.

The Red Devils are understood to be keen on recruiting a new holding midfield player at the turn of the year, with new head coach David Moyes said to be concerned about the lack of protection currently being afforded his back four.

And that is why the Scot has reportedly sent scouts out to the Portuguese capital recently to watch Carvalho in action first hand as Moyes ponders making a big-money offer for the newly capped Portugal international next month.

Carvalho, 21, has developed a growing reputation in his homeland after producing a string of eye-catching displays as a defensive midfield player for both the Portuguese giants, and now also his country too after the player was recently called up to make his Portugal debut in their vital play-off victory over Sweden in Stockholm that sent them to next summer’s Fifa World Cup finals in Brazil.