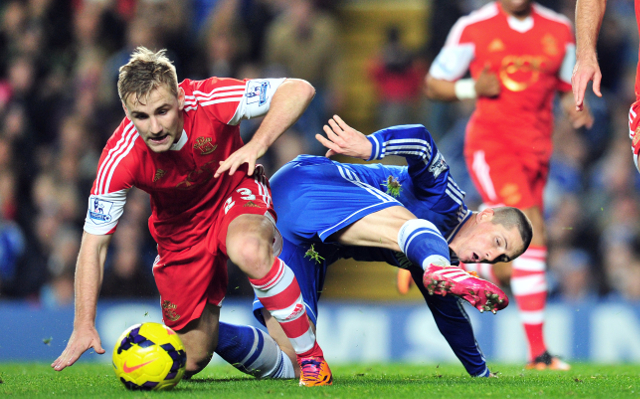 Chelsea are expected to launch a £20m bid for Southampton teenager Luke Shaw according to the Daily Telegraph.

The West London side have been linked with interest in the Saints starlet for some time and a potential move to Stamford Bridge could apparently lead to a succession of inter-connected deals.

This source believes that Jose Mourinho’s interest in Shaw could then lead to current back-up to Ashley Cole, Ryan Bertrand, moving to Everton to act as a replacement to Leighton Baines who in turn could complete a long awaited move to Old Trafford.

Shaw has been in fine form this term, continuing to mature at St Mary’s after breaking onto the scene last season, starting 13 of the South Coast side’s 15 Premier League fixtures this season.

Veteran Blues star Ashley Cole will be out of contract in the summer and as yet no new deal has been forthcoming, indeed the 33 year old England man has at times been dropped by Mourinho, and Shaw is Chelsea’s first choice long term replacement for the former Arsenal man and a £20m offer may be hard for Southampton to turn down.