Blues have been holding secret top-level talks with the big-spending Ligue 1 outfit in the South of France over the past few days.

Premier League giants Chelsea are on the verge of completing a deal to sign highly rated AS Monaco midfield player Joao Moutinho when the winter transfer window opens again for business for the new year.

Returning Blues head coach Jose Mourinho is believed to have made the addition of a deep-lying playmaker his number one priority for next month as the west London club continue to battle on multiple fronts for trophies in the second half of this campaign.

The self-styled Special One is said to be happy with the attacking midfield players that he currently has at his disposal, including the likes of Juan Mata, Oscar and Eden Hazard, especially the latter two who have been on fire at different stages of the campaign so far.

However, it is further behind those trio of diminutive forward-thinking creators that the Portuguese is more concerned, particularly in light of veteran England international Frank Lampard’s relative struggles in that area of the field to date.

The 35-year-old has been given the hook on a number of occasions by the Portuguese in this campaign, especially in the past few weeks, so much so that Mourinho has recently been drawing up a list of possible new recruits to bring to Stamford Bridge in January so as to give him more options to chose from in this area, while also thinking ahead of the future, with Lampard not expected to be playing at the very highest level for very much longer.

And after consultations with both his scouts and backroom staff, the player that Mou earmarked was his compatriot, who now plys his trade in the South of France with the mega-rich Ligue 1 giants, with Moutinho having only arrived at Monaco just last May, when he joined the French outfit from Portuguese champions FC Porto on a lucrative five-year deal for a whopping transfer fee of 25 million euros.

But so far in his 14 Ligue 1 outings with his new team, the experienced Portugal international has managed to record only the one goal and four assists, and with the level of competitive football in the French top flight so low, and no European football on offer on the table either, it is understood that Moutinho is already now seriously considering his long-term future at the club. 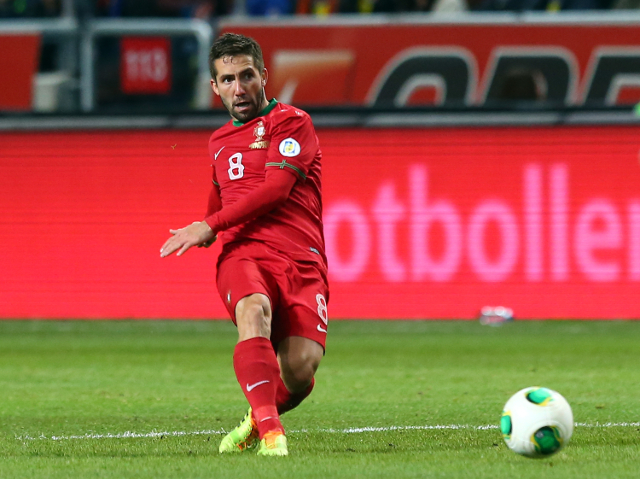 And word of the player’s current unhappiness with Monaco recently reached Mourinho in London, resulting in the Chelsea boss then stepping up his efforts to lure his fellow countryman to the Bridge when the January transfer window finally reopens for business again in less than three weeks’ time.

Firstly, though, Mou sent his chief scout to Stockholm to watch Moutinho in action first hand during the second leg of Portugal’s vital Fifa World Cup play-off tie against Sweden last month, a match in which the 27-year-old played a starring role with several key through-balls to help set up Cristiano Ronaldo’s match-winning hat-trick.

That eye-catching performance from the Portuguese was enough to convince Mourinho to go all out next month to land the ball-playing midfield creator, who the Chelsea coach sees replacing the ineffectual John Obi Mikel in front of the west Londoners’ back four in the second half of this campaign.

As a result, the Uefa Europa League holders have now stepped up their efforts to recruit Moutinho in recent days, as representatives from the Blues have flown to the South of France, including chief executive Ron Gourlay, to open discussions with Monaco over the possible sale of the midfield player.

And it is this latest development which has led many publications and news outlets to wrongly assume that Chelsea are set to make a big-money move for Monaco’s Colombia international front man Radamel Falcao in the new year, when in actual fact it is Moutinho who the club are interested in.

Face-to-face negotiations though are still believed to still be at a preliminary stage as the two European heavyweights attempt to agree on a suitable transfer fee for the player, who at 27 still has at least five more years left to play at the very top.

Monaco, however, are currently playing hard ball in their discussions with their mega-rich counterparts from the Premier League in light of the fact that they only bought Moutinho last summer, and so the French side are adamant that they must recoup what they originally paid Porto for the midfielder at the very minimum.

The Blues, though, are understood to only want to shell out £20m for a player of Moutinho’s age, which is where the talks are currently at, although it is still expected that some sort of agreement will be reached by the end of the weekend, allowing the Portuguese to then seal his dream move to the Bridge in January.