Anfield side look to welcome back Spanish international.

Liverpool are said to be in early stage talks ahead of a bid to re-sign Spanish midfielder Xabi Alonso.

The 32 year old is out of contract in the summer and CaughtOffside understands that Liverpool have been in contact with the Bernabeu side to ascertain whether the World Cup winning midfielder would be available to sign on a permanent basis in the upcoming January transfer window.

Alonso is free to sign a pre-contract deal with an interested party next month ahead of a possible free transfer switch in the summer though Brendan Rodgers hopes to bring in the experienced performer in January to help boost his side’s push for a coveted Champions League berth.

With Steven Gerrard set to be out sidelined for around a month and with Jordan Henderson also injured Rodgers is more than aware that he doesn’t have a wealth of options in the centre of his Liverpool side and feels that Alonso could help add much need strength in depth to his squad.

Xabi Alonso is still considered a legend with the Liverpool faithful, more than four years since he completed a £30m move to Real Madrid from the Merseyside club, and the midfield schemer is known to still hold a fond regard for his former club. 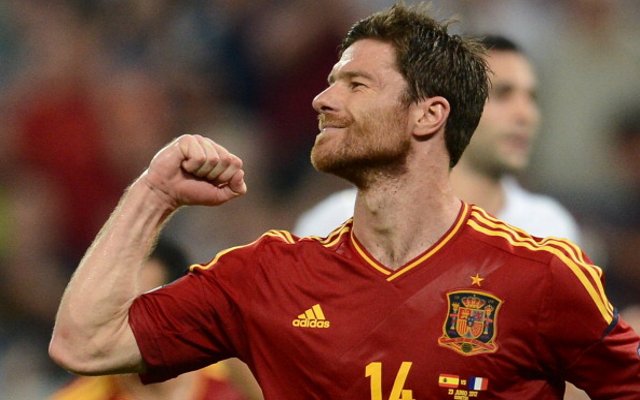 The chance to return to the Premier League may well tempt Alonso, especially as Carlo Ancelotti has brought in youngster Asier Illarramendi to further restrict his first team involvement with the likes of Sami Khedira, Luka Modric and Isco all on hand for the Italian boss.

Liverpool are ready to offer Alonso a two and a half year contract and will hope to agree a nominal fee to bring in the Real Madrid man in January and though Chelsea are also said to be keen on signing the Bernabeu star Rodgers will hope that the chance to return to his former stamping ground will act as a strong motivating factor when it comes to deciding on his next challenge.

Alonso 210 appearances for Liverpool during his five season spell at the club, during which time he helped Rafa Benitez to secure a Champions League triumph in 2005 as well as an FA Cup winners medal and a second place finish in the Premier League in final campaign.