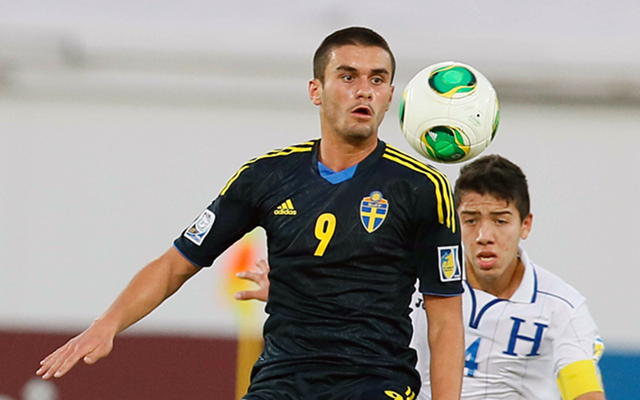 Reds and a plethora of top-flight outfits are all desperate to get their hands on the brilliant starlet at the turn of the year.

The future of in-demand Halmstads forward Valmir Berisha should be revealed shortly as a whole host of big-name Premier League clubs continue to circle around the young Swede, according to reports in the Daily Mail.

Berisha has been closely monitored by some of the Continent’s most well-known outfits ever since coming to prominence with a series of eye-catching displays for his country at the recent Fifa Under-17 World Cup in the United Arab Emirates, where the striker managed to find the back of the net on seven occasions in just his seven matches.

And it was those mouthwatering performances that alerted the likes of the Merseyside giants, as well as fellow Premier League sides Manchester United, Manchester City, Arsenal and Sunderland to the player, while La Liga giants Real Madrid have also expressed an interest in the young Swede too.

However, it is believed that Berisha favours a switch to Merseyside when the winter transfer window finally opens again for business in the new year, although there has still been no definitive decision as to where the attacker’s next port of call will be, with the player’s agent Anders Karlsson confirming: “We have a priority list of clubs, we have full control of the situation. The arrival of new clubs is happening all the time. But the decision is close.

“How close? I cannot say for hours or days or so. But it can be done very soon, that’s all I can say in the current situation.”