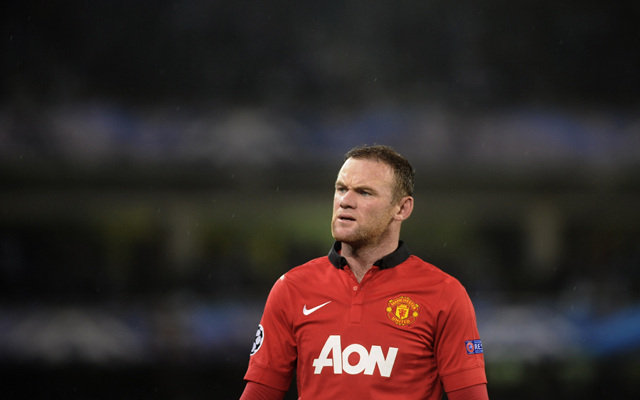 Attacker has just 18 months left on his current deal.

Premier League champions Manchester United have no immediate plans to offer in-form front man Wayne Rooney a new contract, despite continued interest in the Englishman from arch-rivals Chelsea, according to reports in the Daily Mirror.

The striker’s current deal with the Red Devils only runs until June 30 2015 and with reports coming out of Stamford Bridge earlier this week indicating that the west London club would be re-igniting their long-standing interest in Rooney once again come the end of this campaign, it had been widely assumed that United would then react themselves by bringing forward contract talks with their star man.

However, that is not now believed to be the case, with the Premier League giants understood to be fairly relaxed about the England international’s current situation in the north west as his deal enters its final 18 months.

Last summer, of course, the Uefa Europa League holders made several approaches for Rooney, who at the time was unsettled at the Theatre of Dreams and seriously considering his future at the club following a major falling out with previous United head coach Sir Alex Ferguson.

But with the 28-year-old back in eye-catching form, having registered 10 goals and 15 assists already so far this season, United feel the forward now wants to end his career at the club.