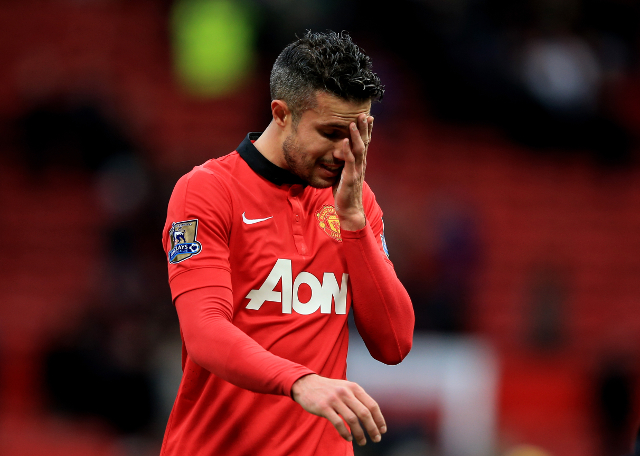 Dutchman will not play again this year.

Premier League champions Manchester United have suffered a huge blow with the news that star striker Robin van Persie will be out of action for a month after suffering a thigh strain, according to reports in the Daily Mirror.

And the 30-year-old’s latest injury setback, which is likely to rule the striker out until at least the new year, could not have come at a worse time for the Red Devils and their under-pressure head coach David Moyes.

Van Persie enjoyed a sensational debut campaign in front of goal last time out for United, with the forward managing to hit the back of the net on an impressive 30 occasions in total in 48 matches in all competitions, including 26 strikes in his 38 Premier League outings as the club won back the league title from arch-rivals Manchester City.

However, this season has been interrupted by a niggling groin injury, with Van Persie having netted seven goals in his 11 Premier League encounters to date.