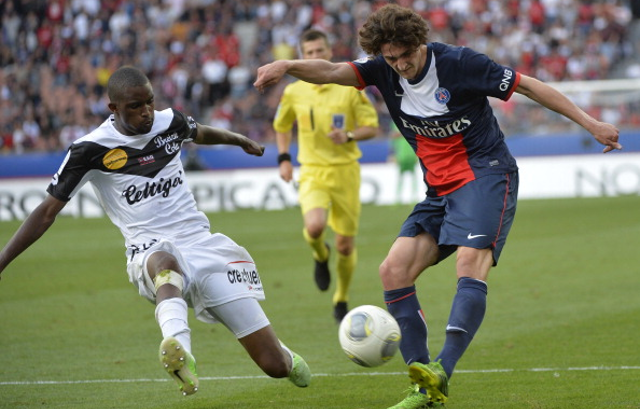 Serie A champions to stake a claim for PSG starlet.

Check in to Juventus vs Sassuolo

Italian giants Juventus are thought to be plotting a move to rival Premier League duo Arsenal and Tottenham Hotspur for Paris Saint Germain’s starlet midfielder Adrien Rabiot, according to Inside Futbol.

The Serie A champions are known to be looking for fresh talent to add to their squad during the January window in order to keep up with the likes of Roma and Napoli this season and have targeted the young Frenchman as an ideal candidate to pursue.

The 18-year-old had attracted some significant attention over the summer but coach Laurent Blanc put a block on the moves to keep him at the Parc des Princes.

However, Juventus are eager to secure a spot in next year’s Champions League after losing out at the group stage this time around and have kept an eye on Rabiot, who has scored once in 14 Ligue 1 outings this term, as a player who could very much help them attain their objective.

Rabiot himself has previously stated that he would be open to a move should Blanc not use him on a more regular basis.

“I try to enjoy every moment at PSG, but if things do not go as I wish I could leave this club, as has happened to many players before me,” he had said.