Arsenal midfielder Jack Wilshire was spotted giving Manchester City fans a piece of his mind with a rather naughty hand gesture during Saturday’s 6-3 defeat at the Etihad Stadium.

Now, whilst there is no context to this picture and no confirmed reports that the gesture was aimed at the home fans, given the situation it is patently obvious who it was aimed at. 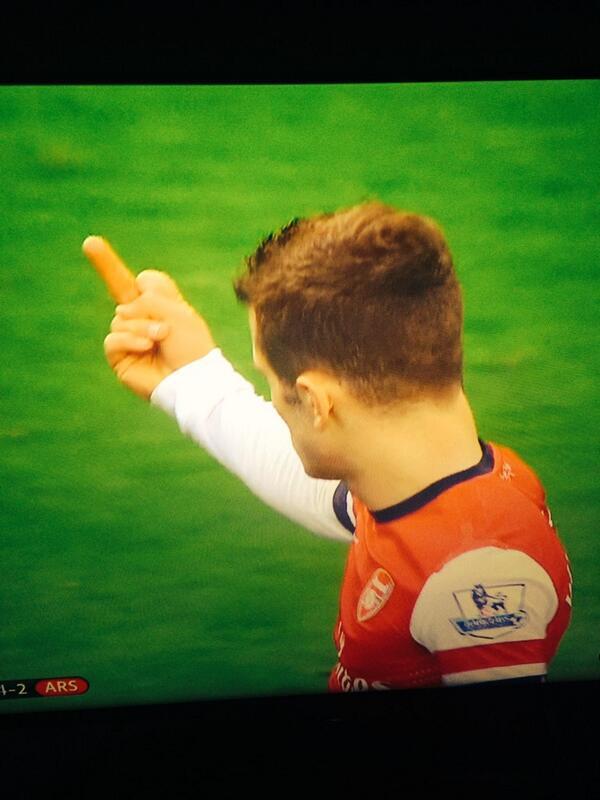