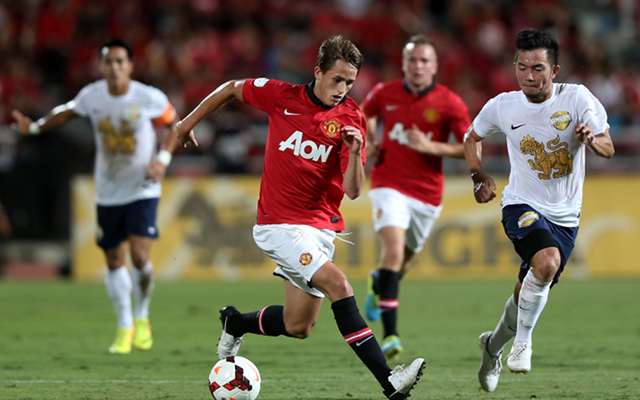 Starlet attacker would be happy to be a one man club.

Manchester United’s teenage sensation Adnan Januzaj has insisted that he would be happy to commit his entire career to the Old Trafford outfit, the Daily Mail reports.

The 18-year-old has only recently broke into the first team under new boss David Moyes, but has impressed with his ability and earned rave reviews as well as kicking off an international scramble for his national team allegiance.

He has already been awarded with a new five-year contract after being one of the early bright sparks in what has proved to be a difficult campaign for the club, who currently sit in ninth position in the Premier League table.

It has been in United’s best interest to secure him to a longer term deal, whilst the man himself has confirmed that he would be happy to stay at the club until the day he hangs up his boots.

“My first opinion was to sign for Manchester United,” Januzaj told MUTV. “It was my first choice and
I have signed for them.”

“I am happy here. If I could play all my life at Manchester United I would do it for the club.”

Januzaj has mostly been used in wide positions this season, but he admitted that he sees himself as more of a number 10.

“My best position will behind the striker as a number 10,” he added. “I always used to play there when
I was really young. I can also play on the wings and I always do my best. I would do that even if it was at left-back. It is my job.

“But number 10 is the position I always wanted to play.”