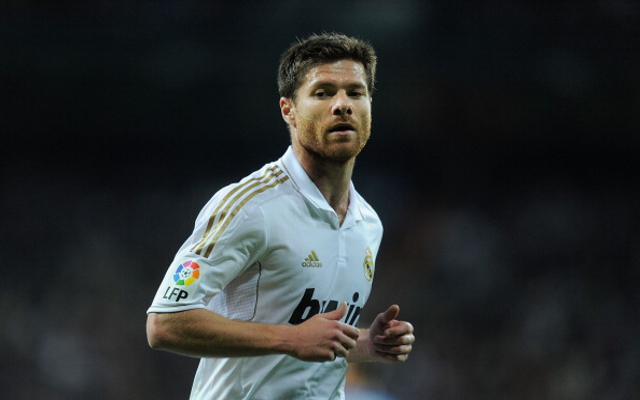 Spain international has been at the White House since 2009.

Premier League giants Chelsea and Manchester United will both go head to head in the battle to land Real Madrid midfield player Xabi Alonso if the experienced Spaniard does decide to leave the Santiago Bernabeu after all at the end this season, according to reports in the Daily Star.

The 32-year-old’s current contract with los Blancos now only runs until June 30 2014, meaning that Alonso will be available to buy on a lucrative free contract come next summer, while foreign-based clubs can also start to enter into negotiations with the player when the winter transfer window opens again at the start of next month.

However, initially it was reported that the holding midfield player had accepted Madrid’s recent offer of a new deal to extend his stay in the Spanish capital beyond the summer, but those stories now appear to have jumped the gun a little.

And that is because now reports coming out of Spain are claiming that in actual fact, Alonso may be stalling on putting pen to paper on a new contract, with the player having so far refused to give his employers an answer about what his future intentions are as he waits to assess all his options, while Chelsea and United both wait in the wings ready to pounce.