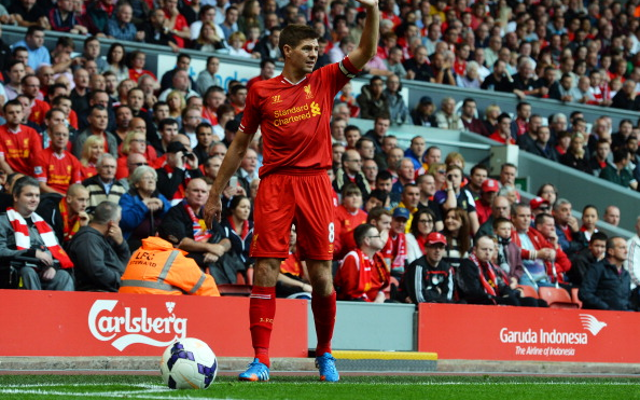 Englishman could now be back playing again by the start of January.

Premier League giants Liverpool have been handed a major boost with the news that influential captain Steven Gerrard’s hamstring injury is not as bad as first feared, although the midfield player will still be out of action for the rest of this year, according to reports in the Guardian.

The England international pulled up clutching the back of his leg in the first half of Saturday’s afternoon’s 4-1 thrashing of Premier League strugglers West Ham United at Anfield.

And after a scan on Gerrard’s injury on Monday confirmed that the player had indeed suffered a hamstring tear, it was initially thought that the 33-year-old would be on the sidelines for as long as six weeks.

However, the Merseysiders now believe that in actual fact their skipper could even be back playing again within a month, although Gerrard is still set to be missing for the club’s crucial Premier League fixtures on the road this month against the likes of Tottenham Hotspur, on Sunday afternoon, Chelsea and Manchester City.

But the Reds are said to now be hopeful that Gerrard may be back in time to feature against either Mansfield Town or Oldham Athletic in their FA Cup third-round tie at Anfield in the first week of January.