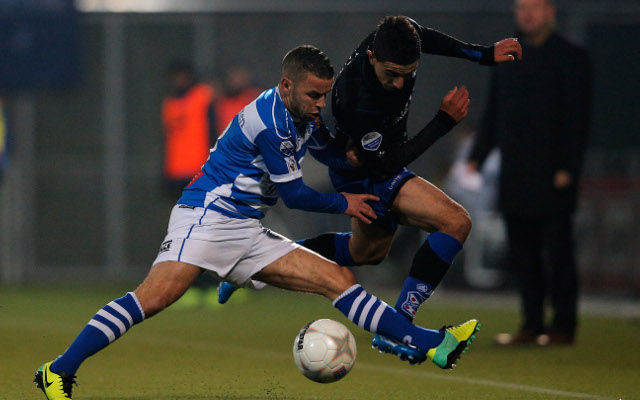 Check in to Manchester United vs West Ham United

Premier League champions Manchester United are interested in signing up-and-coming Heerenveen wide man Bilal Basacikoglu when the winter transfer window opens again for business in the new year, according to reports in the Sunday Mirror.

The young Turk has really come to prominence since breaking into the Eredivisie outfit’s first team three weeks ago, so much so that new Red Devils head coach David Moyes is understood to have sent a delegation of club scouts over to the Netherlands on numerous occasions to watch Basacikoglu in action first hand since the player made his debut last month.

However, by all accounts the reports that the Scot has been getting back from his scouting team on Basacikoglu are understood to have been extremely positive, especially given the fact that the winger is just 18 years of age and is taking his first steps as a professional at the top level.

And now it is believed that United are seriously pondering making a move for the attacking starlet next month, with Basacikoglu having already registered two assists for Heerenveen in just the six league encounters that the player has featured in so far in this campaign.