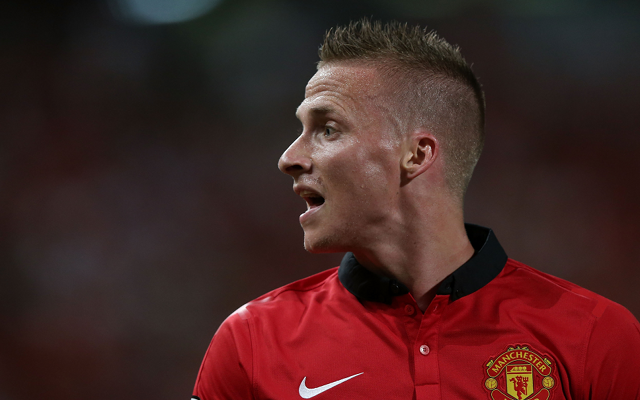 Tottenham Hotspur have reportedly made a formal approach to Manchester United for defender Alexander Buttner with the view to take him on loan for the rest of the season, according to Inside Futbol.

Buttner has spent the majority of his time at Old Trafford on the periphery of the squad and has since been linked with moves to Italian club Genoa as well as Turkish giants Besiktas, who have both promised him a more significant amount of playing time.

Spurs are currently in the market for a new left-back as current first choice Jan Vertonghen, who primarily plays at centre-back, is laid low through injury, and new boss Tim sherwood believes the Dutchman would be a fine alternative.

Buttner’s agent Aleksandar Bursac today said: “United will only loan him and that’s also his preference.”

Scottish champions Celtic had also been linked with a move for him over the summer, but Buttner is said to be keen on playing at a higher standard in a bid to boost his chances of making it into the Dutch squad for next summer’s World Cup.

Buttner has made just six appearances across all competitions this season, and his contract with the Red Devils runs until 2017.