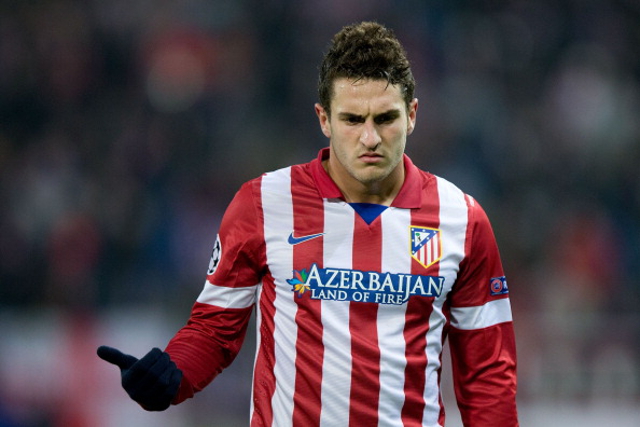 Old Trafford side have reportedly won the race to sign the talented Atletio Madrid youngster.

Man United have reportedly reached an agreement on a deal to sign highly rated Atletico Madrid youngster Koke according to Inside Spanish Football.

David Moyes has been heavily linked with a number of moves to bring in some much needed creative midfield talents and this source claims that the Old Trafford side have agreed a €36m move for the Spanish international, who has been in excellent form over the past 18 months.

Moyes has seen Anderson and Tom Cleverley struggle for form and given that the likes of Marouane Fellaini, Michael Carrick and Darren Fletcher have all struggled with injury concerns there is certainly scope for further midfield additions, not least as out of these five options only Belgian international Fellaini can claim to be a truly forward thinking option.

Koke has provided eight assists this term, only Barcelona’s Cesc Fabregas has managed more in La Liga action this season, and the Madrid born Vicente Calderon star would be the latest in a long line of players the club have opted to cash-in and a move to Man United would see the playmaker follow in the footsteps of keeper David de Gea who also left Atletico Madrid for Old Trafford.