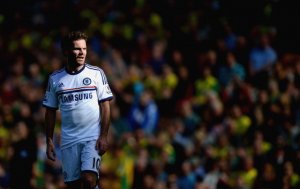 Serie A outfit Napoli contacted the west London club earlier this week to ascertain whether or not unsettled midfielder Juan Mata is available to purchase in the January transfer window, says the Daily Mirror.

The brilliant Spain international was once again making the headlines on Thursday morning after unceremoniously being given the hook in the Blues’ 3-0 win against Southampton at St Mary’s on Wednesday night.

And with Chelsea head coach Jose Mourinho then indicating that Mata was now free to leave Stamford Bridge this month, the Southern Italians have now joined the likes of Paris Saint-Germain, Juventus and Inter Milan in the race to land the 25-year-old. 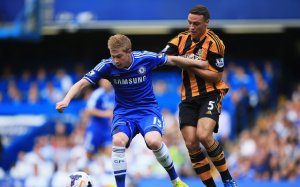 Chelsea have told Bundesliga outfit Wolfsburg that out-of-favour midfielder Kevin De Bruyne will cost them a whopping £25m to buy in the January transfer window, according to reports in the Daily Telegraph.

The Belgium international has largely found himself warming the substitutes’ bench at Stamford Bridge of late and is said to now be determined to quit the west Londoners in order to gain some much-needed playing time ahead of next summer’s Fifa World Cup finals in Brazil.

And with the 22-year-old keen to return once again to Germany, where de Bruyne previously played for Werder Bremen while on loan from the Blues, Wolfsburg hope to be able to negotiate Chelsea’s asking price down during further talks with Premier League giants in London this week. 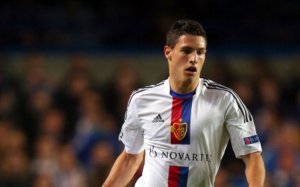 Blues boss Jose Mourinho is said to have been hugely impressed with the Switzerland international’s displays at the back for his side in their two recent upset wins over the west Londoners in the group phase of this season’s Uefa Champions League.

And as a result, the self-styled Special One now wants to steal a march on the Gunners in the race to land the 22-year-old centre back in the January transfer window. 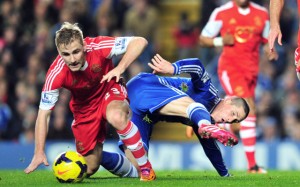 Chelsea set to miss out on No 1 defensive target

The Blues have suffered a blow in their efforts to lure young Southampton left-back Luke Shaw to Stamford Bridge after the 18-year-old informed the south-coast club that he wants to remain at St Mary’s, reports the Daily Telegraph.

Chelsea have been keeping close tabs on the coveted England Under-21 international for some time as the club seek a long-term replacement for veteran full-back Ashley Cole.

However, it now appears as though the top-flight giants will have to look elsewhere after Shaw told the Saints that he wants to continue his development under coach Mauricio Pochettino.