Emirates Stadium side would do well to bring in this proven forward.

Arsenal boss Arsene Wenger has long been linked with an interest in Ivory Coast international Salomon Kalou and now may be the perfect time to finally sign the experienced adaptable attacker.

The 28 year old is apparently keen on a move back to the Premier League and can be picked up for just £2.5m, the fee needed to trigger a ridiculously cheap release clause placed on the Lille star.

The attacker, who can play up front as an orthodox striker or out wide, has been a massive success since leaving Chelsea to move to Ligue 1 with the Ivory Coast international scoring 20 goals in 47 domestic league appearances but now appears ready to return to the English top tier

Prior to his move to France Kalou scored 60 goals for Chelsea and would be a very useful addition to any high ranking Premier League side. 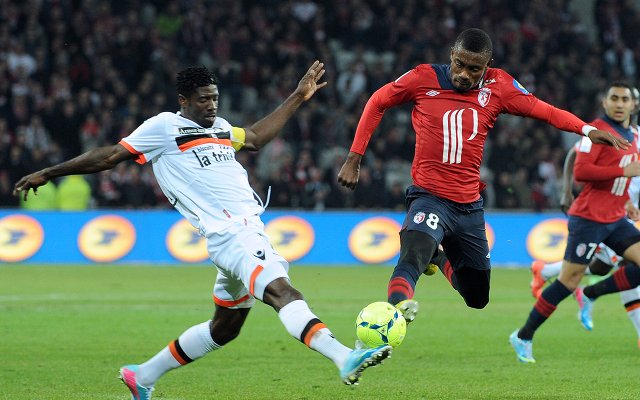 During his time at Stamford Bridge Kalou was particularly adept as an impact player off the bench, frequently making a difference during cameo roles for the West London side.

The fact that Kalou would be available for Champions League action makes a move for his services all the more beneficial.

Arsene Wenger has heavily relied upon Olivier Giroud for most of the current campaign but the Frenchman experienced a big drop in terms of his goal-scoring return, though certainly no lack of effort on the forward’s part, and now out injured the Arsenal manager has turned to Lukas Podolski and Nicklas Bendtner to fill the void.

Wenger has predominantly used both Podolski and Theo Walcott in wide roles and therefore is certainly on the look out for back-up options and Kalou could well be the ideal available player to give Arsenal the impetus, and strength in depth, they need to push on with their Premier League title push.