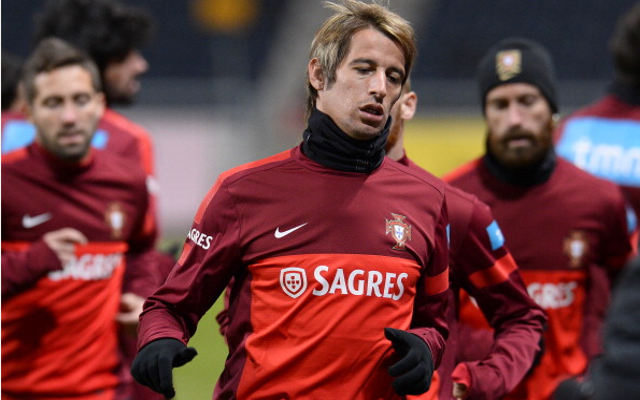 Spanish giants look to sell left-back to Old Trafford side.

Man United have been offered Real Madrid wing-back at a cut-price fee of £12m according to the Daily Mirror.

David Moyes attempted to sign the 25 year old Portuguese international on summer transfer window deadline day but was turned down but now the attack minded full-back is available at arguably a bargain price.

The Man United boss has often been linked with former Everton charge Leighton Baines but having failed in two bids for the England man perhaps it’s wise to opt to bring in Coentrao, who is younger than the England man, to act as a replacement for Patrice Evra.

The French international is expected to leave Man United in the summer when his contract ends and Dutch back-up Alexander Buttner is not seen as a viable option as a replacement, hence the hunt for a new left-back.

Bernabeu boss has made Marcelo his first choice left-back and is ready to sell Coentrao, who needs regular first team football to protect his starting spot in the Portuguese World Cup finals squad.

Coentrao is a very experienced campaigner, with over 200 club appearances to his name as well as 43 national team caps and would be a very wise option to consider, especially at the price quoted by this source.