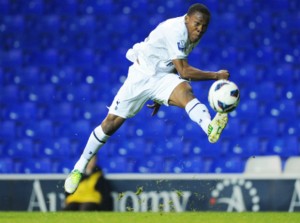 The Ivorian front man arrived at White Hart Lane in July 2011 on the back of winning the Golden Boot at that year’s Fifa U17 World Cup and although the 19-year-old has still make his first-team debut for the north Londoners in the intervening three-year period, the striker is still held in high regard by the club.