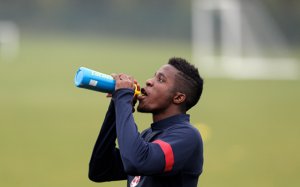 Napoli have offered to take unsettled Chelsea playmaker Juan Mata on a six-month loan deal, however, the Southern Italian outfit’s manager Rafa Benitez, who coached the Spaniard while in temporary charge of the west London club last season, does not believe the Blues will sanction such a move.

Prolific FC Porto front man Jackson Martinez has revealed that he supported Arsenal growing up as a child and would like to join the Gunners during the January transfer window.

Real Madrid have told Portugal international left-back Fabio Coentrao that he can leave the Santiago Bernabeu this month, with the £12m-rated defender having been targeted by Premier League champions Manchester United during the summer transfer window.

Chelsea are waiting in the wings with a bid worth £30m if unsettled Manchester United striker Wayne Rooney is unable to agree a new contract at Old Trafford.