As the pressure grows on Manchester United boss David Moyes following the Premier League champions’ third loss in a row against Sunderland on Tuesday night in the Capital One Cup semi-finals, we take a look at ten possible contenders to replace the Scot in the Old Trafford hot seat. 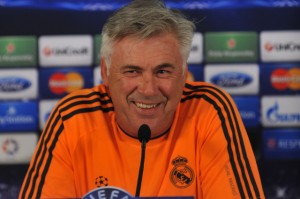 Despite the Italian having only just taken over from Jose Mourinho at the Santiago Bernabeu, the experienced trainer would still be near the top of United’s short list were they to part company with Moyes, and with Real Madrid being a notoriously unstable club, it would not be that far fetched to imagine ‘Carletto’ in the Old Trafford dugout.