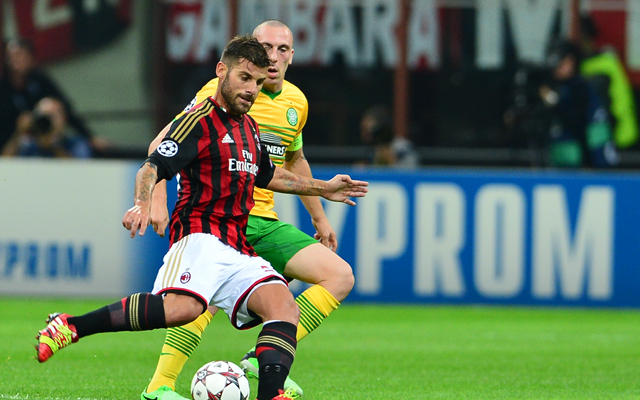 Manchester United are reportedly mulling over a move for AC Milan midfielder Antonio Nocerino after cooling their interest in Juventus star Claudio Marchisio.

CaughtOffside understands that David Moyes has grown tiresome of the outdrawn pursuit of the Juve man after the Serie A side have flip flopped over his availability and the player’s insistence that he is not looking to move overseas anytime soon.

And instead, the United chief has been weighing up a move for AC Milan’s Italian international midfielder Antonio Nocerino after being made aware that the 28-year-old might be available.

Nocerino has only played a bit part role so far this term, making 13 appearances across all competitions and now faces a future away from the San Siro following the club’s interest in Valencia midfielder Ever Banega.

United had also previously held an interest in Argentine international Banega, but he is thought to favour a move to Italy should he eventually decide to move on from the Mestalla.

Nocerino began his career with Juventus, and then bounced around several clubs between the top flight and Serie B before settling with Palermo in 2008. After three impressive seasons in Sicily he was snapped up by Milan and was a mainstay in the first team until this season.

He has earned 15 caps for the Italian national side, and was even a part of the starting XI that dumped England out of Euro 2012 at the quarter final stage.

Nocerino has been put on a shortlist of names that could face a possible exit from Milan this month that also includes Cristian Zaccardo, Philippe Mexes and Alessandro Matri, and he may even be made available for a cut down price.

United boss Moyes has been eager to add to his midfield options after suffering an indifferent first half to the season and a disappointing quest for new talent during the summer transfer window. However, he is being backed financially by the club’s owners and Moyes is eager to bring in the best players available in a bid to help the club become title contenders before it gets too late.

Though Nocerino is not Moyes’ first choice, his ability and experience have put him at the forefront of the Scot’s mind as he would be available for a fraction of what he would normally be available for.