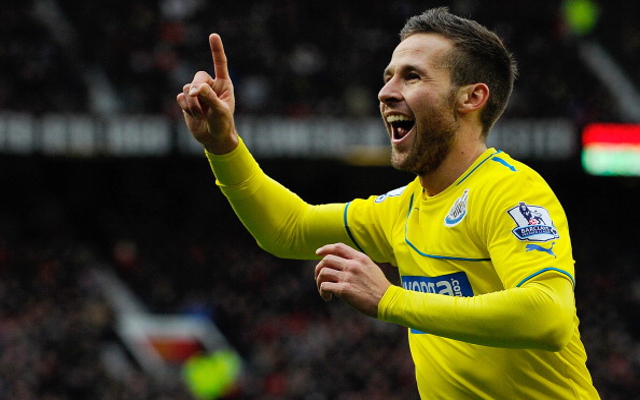 Arsenal boss Arsene Wenger is showing a keen interest in signing Newcastle United Yohan Cabaye and Davide Santon and is considering mounting a January bid for the pair.

CaughtOffside understands that having failed with a summer bid for French midfielder Cabaye, said to be in the region of £10m, Wenger has continued to scout the former Lille man and is more eager than ever to land the stylish Magpies star.

Newcastle United are thought to be looking to garner £22m for the 27 year old, who cost the St James’ Park side just £4.8m back in the summer of 2011, and Wenger has received the backing of his board to make a fresh offer that will be far nearer to the club’s valuation.

Though Arsenal possess a fair few central midfield options Wenger feels Cabaye still has a lot to offer his squad and is ready to offload injury prone Abou Diaby to make room for an additional schemer. Tomas Rosicky is expected to play a limited role though is likely to be offered a new deal with his current contract set to come to an end in the summer.

Jack Wilshere has had injury concerns and Mikel Arteta has slotted into a more defensively minded holding role and as such Cabaye could offer more going forward than the Spaniard. 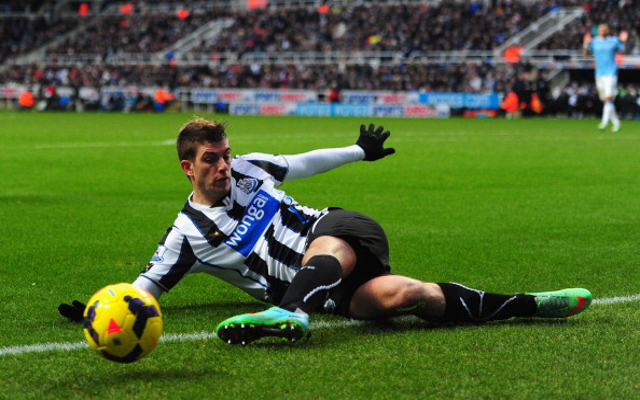 Wenger’s interest in Italian international Santon is a relatively new development, with the Arsenal manager said to have been tracking the former Inter Milan man in recent months and been impressed with the youngster’s attack minded displays and the fact that the 23 year old is able to play on either flank is another reason the French manager is ready to mount a bid for his services.

Arsenal are likely to see Bacary Sagna leave the club in the summer with the 30 year old Frenchman being out of contract at the end of the season and free to pursue a longer term contract than the one year deal he is likely to be offered by the North London club, as is club policy on players of 30 and over.

Indeed Sagna’s free transfer status will also lead to lucrative salary offers and a move back to Ligue 1 seems likely and Wenger wants to bring in Santon as he is still not 100% certain of Carl Jenkinson’s ability to fill the right-back role on a permanent basis, the England man seen as perhaps a little too raw for the role.

Arsenal are ready to offer around £30m for the pair and though a January move would be ideal, as the pair could then be available for Champions League action, a summer deal may prove more likely.