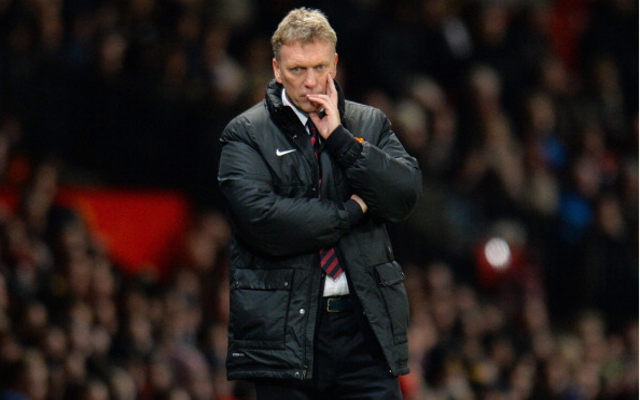 Chief scout flies to Portugal, while Phil Neville is in Madrid.

Premier League champions Manchester United are preparing for a major overhaul of the first-team squad at Old Trafford come the end of this season, according to reports in the Daily Mirror.

Under-pressure Red Devils head coach David Moyes is understood to have called together a meeting of all of the club’s scouts at their Carrington training base at the start of this week to go through possible new transfer targets, either during the current January transfer window or as now seems more likely, at the end of this campaign.

And it is believed that the Premier League giants are now keen to recruit a new left back, centre back, wide man, front man and two central midfielders as well, with Moyes expecting the likes of Nemanja Vidic, Rio Ferdinand, Patrice Evra all to depart Old Trafford next summer.

Meanwhile, England international Wayne Rooney will also be sold if the striker fails to agree to put pen to paper on a new contract at the Theatre of Dreams.

And as a result, Moyes himself is believed to have been at matches in both Serie A and Ligue 1, with the United boss having watched three matches in the past four days.