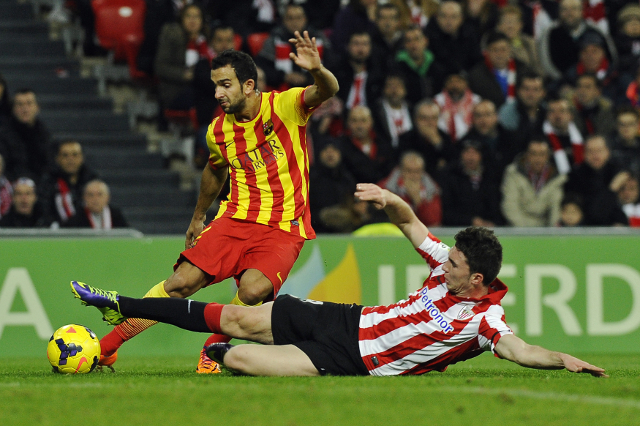 Youngster has been tracked by the Gunners too of late.

Both Premier League giants Arsenal and Manchester United are set to go head to head in the battle to win the signature of highly rated Athletic Bilbao centre-back Aymeric Laporte, according to reports in the Daily Mirror.

The France Under-21 international has developed a growing reputation in La Liga on the back of a number of eye-catching displays for the Basque outfit over the course of the past two years.

Laporte made his debut for Bilbao in November 2012 and has since gone on to manage to hit the back of the net on one occasion in his 31 La Liga outings to date for his club leading up to this campaign.

Meanwhile so far in this season, the 19-year-old has netted twice in his 19 matches in all competitions for Bilbao, both of which came in the league.

And it is that kind of eye-catching form that has reportedly attracted the attentions of both the Premier League champions and the current top-flight leaders too as each side continues to search the Continent for new central defenders.

However, with the Frenchman contracted to the San Mames until June 2018 and with that deal containing a buyout clause worth a whopping €36m, luring the defender away from Bilbao may prove tricky.