CaughtOffside understands that representatives of the Old Trafford side are in the Spanish capital looking to secure the wide pair, who Moyes sees as ideal signings to help resolve problem areas in his Man United side.

Man United have been linked with an interest in 26 year old Portuguese full-back Coentrao for some time, failing in a deadline day bid for the former Benfica man last summer, and David Moyes will hope to finally lure the left-back to join his side this month on a permanent basis, with a loan move now seemingly off the table. 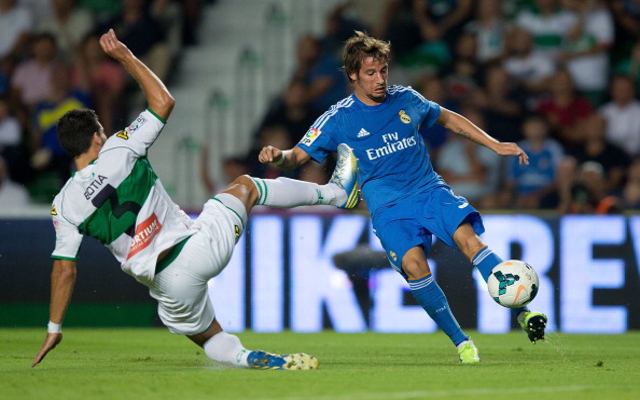 Coentrao is seen as a more viable option than Everton’s Leighton Baines in terms of a move to bring in a long term replacement for veteran Patrice Evra, who is due to leave Man United when his current contract comes to an end this summer.

This will drive the Scottish boss to re-ignite his interest in Argentine international Angel Di Maria, who’s future at Real Madrid has become uncertain since the signing of Welshman Gareth Bale. 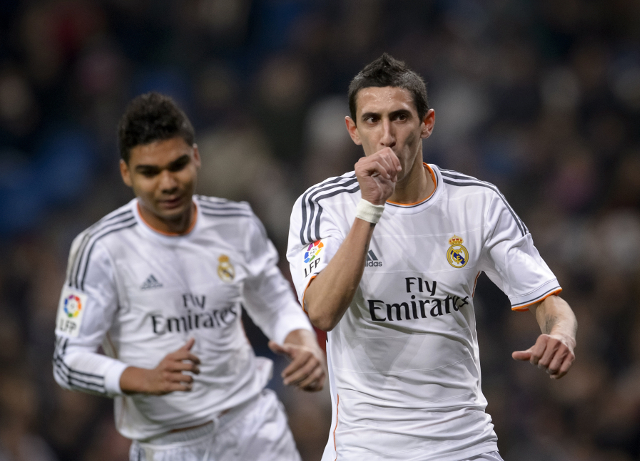 Di Maria has completed 90 minutes in just three of Real Madrid’s last eleven fixtures, coming on as sub on a number of occasions and at times being left on the bench and the 25 year old may be concerned that his chances will only grow more limited as Carlo Ancelotti shows faith in the club’s world record signing.

A move to Man United may tempt Di Maria, who was recently admonished by the club for appearing to make an obscene gesture towards his own fans.

Over the past three seasons Di Maria racked up 32 assists and 18 goals in La Liga action alone but hasn’t shone during the current campaign, with Bale proving far more effective when selected to start.

Man United are ready to offer €65m (£53m) for the pair and with Ancelotti said to be keen on investing in his squad this offer may tempt the La Liga side as the Italian may well have to sell before he can buy given just how much he spent on new signings last summer.