Want to know who the most dangerous attackers in the Premier League are on current form based on how many efforts on goal per top-flight game a player attempts? Well, these are the top ten based on stats provided by www.whoscored.com …. 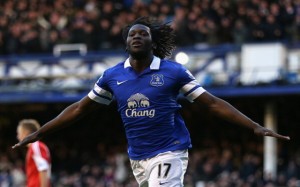 The on-loan striker from Chelsea has once again been in blistering form in front of goal at Goodison Park so far this season, with the Belgium international managing to find the back of the net on nine occasions so far in total in just his 18 league outings for the Toffees, and with over three shots per game attempted in the Premier League, now you can see why.