Some United fans have found the managerial transition difficult this season, but apparently none more so than this fan, who has done the unthinkable by switching alliances to rivals Liverpool.

Using a flimsy (yet classic) excuse he has poorly justified his decision to defect and highlighted how low the modern game has sunk.

Appearing in his new Liverpool shirt, ‘Peter’ finally gave up on David Moyes’ side after Wednesday night’s defeat to Sunderland in the Capital One Cup. 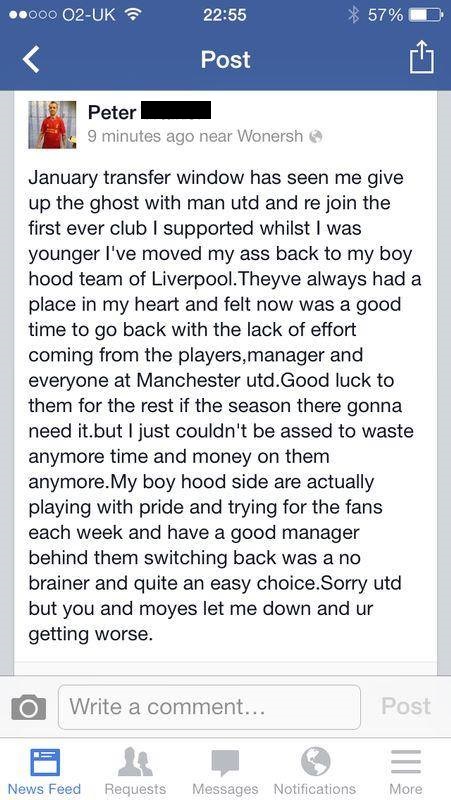