Two first half goals from Lukas Podolski put Arsenal in control against a very cagey Coventry City side who put in a more attacking display in the second period.

Subs Oliver Giroud and Santi Cazorla netted late on to give the Gunners a relatively easy win over the Sky Blues, here’s how we rated the Gunners side. 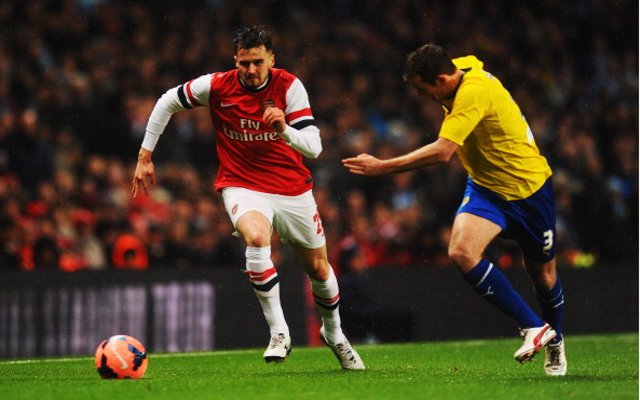 Didn’t have a great deal to do but somehow still doesn’t seem all that comfortably between the sticks, his fellow countryman Wojciech Szczesny won’t be losing any sleep.

As always the England man is far more comfortable going forward than when on the back foot and hasn’t developed a great understanding with Serge Gnabry as yet.

Solid as ever though in the second half he and his defensive team-mates did perhaps ‘turn-off’ at times, headed assist for second goal.

Managed to keep Coventry City striker Leon Clarke quiet for most of the game and calm and assured as ever.

Always ready to get forward and troubled Coventry City’s defence with some decent crosses, provided assist for third goal.