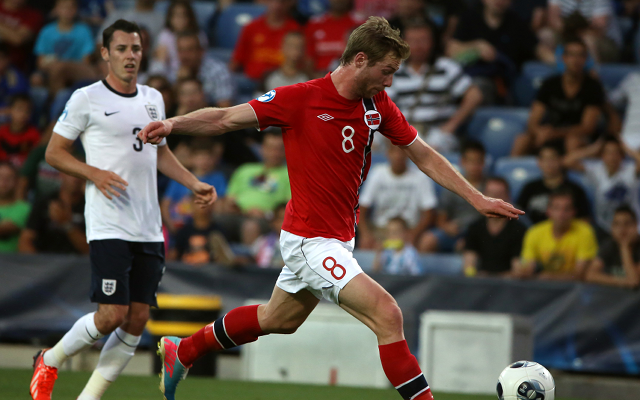 Solskjear brings in a third compatriot.

New boss Oli Gunnar Solskjear has moved quickly to make new additions to the squad that he has inherited and has already added Magnus Wolff Eikrem and Mats Daehli.

And now he has returned to former club Molde to bring in Berget to add some firepower to the Bluebirds frontline.

Speaking ahead of his side’s FA Cup fourth round clash with Bolton Wanderers he said; “Berget will sign this morning. He only has four or five months left on his contract so it is a good deal for us.

“He is strong, clever and scored against England in the Under-21 championships. He will do well for us.

“So far I have brought in three full internationals who will be good value for money in the long term.”

However, Solskjear also admitted that there is no deal in place to take Manchester United forward Wilfried Zaha on loan to the Cardiff City Stadium despite reports claiming otherwise.

“Ask Manchester United about him, he is their player. I can’t comment on players who are at other clubs.”