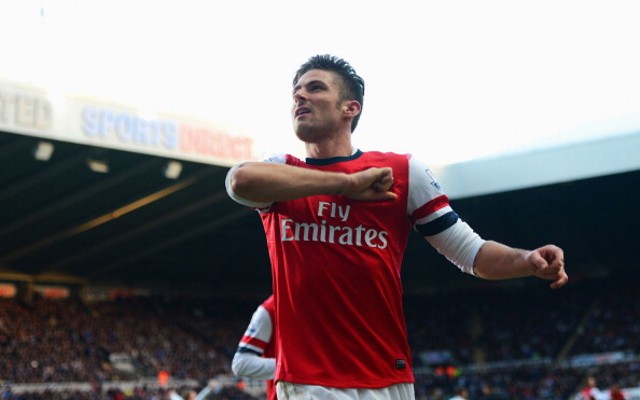 Gunners attacker has been outstanding in attack for his team this season.

In-form Arsenal front man Olivier Giroud has revealed to all the fans of the north London club just what he likes to watch on TV when the Frenchman is winding down away from the pressures of the Premier League.

The France international, who is currently enjoying an excellent campaign in front of goal for the high-flying Gunners, used his Instagram account to show a picture of himself at home in the capital watching one of his favourite movies.

“Watching ‘we were soldiers’ … What a masterpiece! One of my fav! – #BlackHawk #Vietnam #War #historic #lestweforget#MelGibson,” messaged the Arsenal striker on the social media website on Thursday night.

And rather amusingly, rather than his choice of film, the majority of Giroud’s followers wanted to comment about the size of the player’s television!

Giroud, 27, has been outstanding up front for  the Premier League leaders so far in this campaign, netting nine times in 20 league matches.