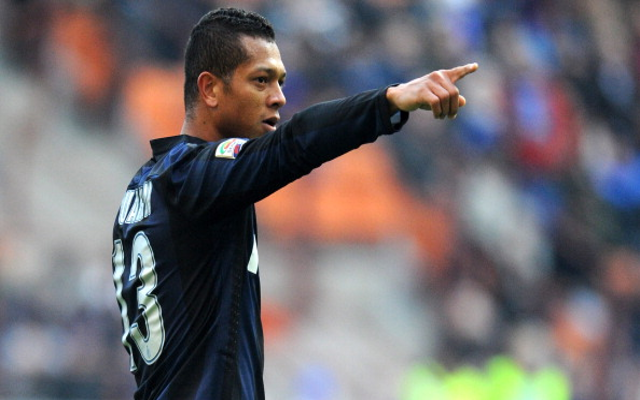 Italian outfit are said to be keen to offload the South American in order to help pay off their mounting debts.

The holding midfielder was forced to limp out of the second leg of the Red Devils’ Capital One Cup semi-final with Sunderland at the Theatre of Dreams on Wednesday night with an ankle injury.

And under-pressure United head coach David Moyes confirmed on Friday afternoon in his weekly briefing to the national press that Carrick will now be out of action for at least a month, news that will serve as a huge blow to the Scot, who had only just welcomed the influential Englishman back from a long layoff following an Achilles’ tendon problem picked up before Christmas.

All of which now means that the Premier League giants could be forced to go back into the transfer market with now just a week left until the January transfer window slams shut for business for the season again.

And the player that Moyes is said to be eyeing up is Inter’s Colombia international, a box-to-box midfielder who recently came close to joining both Chelsea and Juventus.