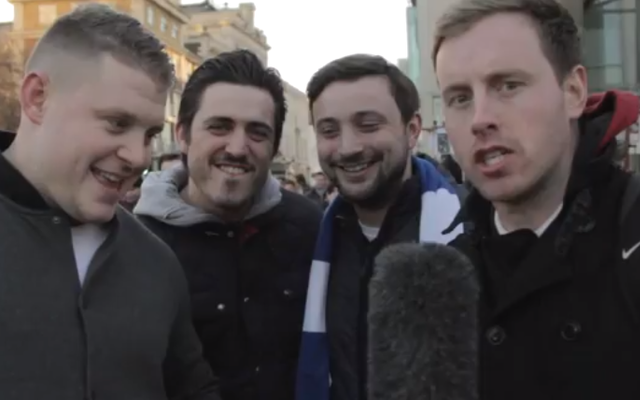 Chelsea fans asked to give an opinion on players who do not exist.

Chelsea supporters outside Stamford Bridge were trolled by a Manchester United fan posing as a serious reporter before last week’s match between the Premier League rivals.

The Red Devils fan asked the Blues faithful about a number of completely fake players, including Liam Ying (“I am lying”) and Win Nowt (Win nothing), and most of them fell for it, embarrassing themselves in the process.

But it was the Chelsea fans who had the last laugh, as a hat-trick from Samuel Eto’o ensured they comfortably beat United 3-1 at Stamford Bridge to move 12 points ahead of David Moyes’ side.