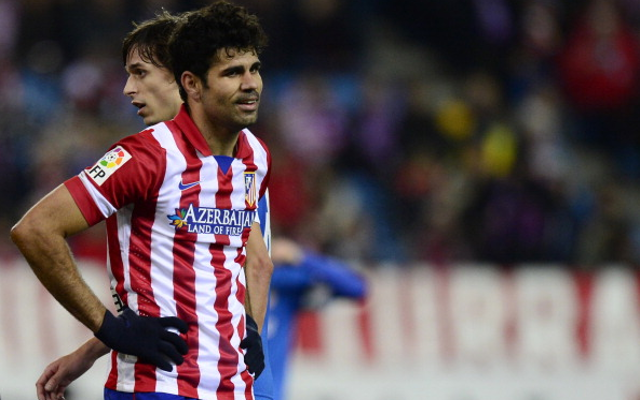 This source quotes ‘insider’ François Gallardo as stating that the 25 year old has agreed to move to the West London club in the summer and one would imagine that’s a deal Blues boss Jose Mourinho will be glad to see complete.

The Chelsea manager has seen his current striking options struggle for goals but may be willing to hold out until the summer before splashing out on a new option, especially as he has already brought in Nemanja Matic and Mohamed Salah from Benfica and FC Basel respectively.

A move in the summer is perhaps also timely given that Samuel Eto’o, who struck a hat-trick against Man United last weekend, will be out of contract at the end of the season and indeed one wonders if Chelsea will welcome back Romelu Lukaku from his season long loan at Everton or opt to sell the Belgian outright.

Costa has had a stunning season at Atletico Madrid this term, netting 19 goals in 20 La Liga fixtures this term to help his Vicente Calderon side mount a genuine title challenge.

However the forward may feel his longer term ambitions, and back balance, would be better served at Chelsea.