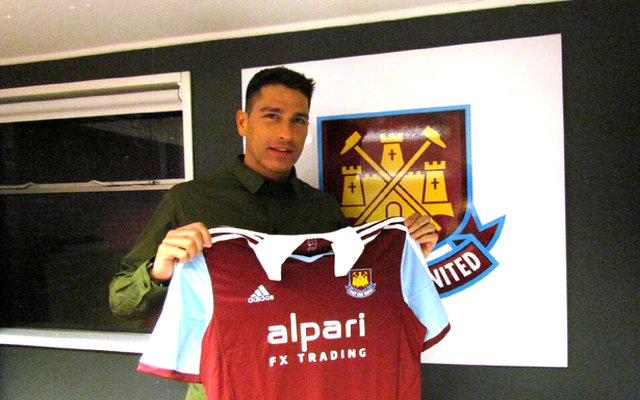 The 31 year old is the second Italian international to join the Upton Park side today, with AC Milan’s Antonio Nocerino moving to Upton Park on a similar loan deal.

Hammers boss Sam Allardyce has been desperate to bring in some much needed additional fire-power and will hope the capture of experienced marksman Borriello will help to resolve that need.

The former AC Milan man moved to the Stadio Olimpico in the summer of 2010 but has seen his first team chances limited under new boss Rudi Garcia, making just six Serie A starts this season.

Borriello has scored a total of 18 goals in 66 appearances for Roma and spent last season on loan at Genoa, where he scored 12 goals in 26 starts.

West Ham will hope that the addition of these two talented Italians will help to steer the East London club away from the drop-zone and Sam Allardyce will hope both Borriello and Nocerino hit the ground running with the strugglers coming up against Chelsea next week.