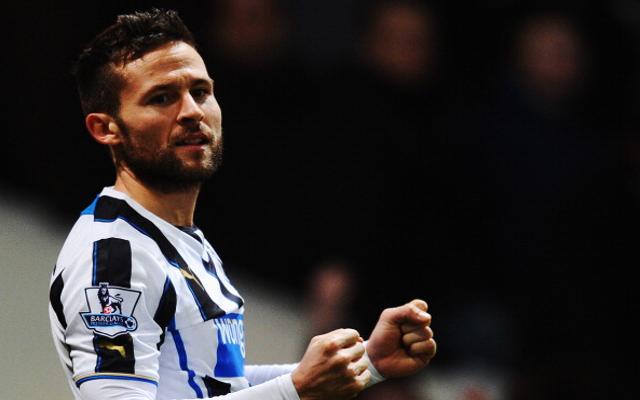 Old Trafford side to dig deep in pursuit of St James’ Park and St Mary’s stars.

Man United will look to capture two more Premier League based stars before the transfer window slams shut with David Moyes receiving the full backing of his Old Trafford board.

The Glazers are set to dig deep to offer Moyes the finances needed to mount significant bids for Newcastle United midfielder Yohan Cabaye and Southampton youngster Luke Shaw as Man United mount a bid to strengthen their squad in pursuit of a crucial top four finish.

Moyes will line-up a £20m bid for Magpies midfielder Cabaye as he seeks to freshen up his midfield and is well aware that Ligue 1 side PSG are also said to be looking to land the 27 year old French international.

Cabaye was at his masterful best when he helped Newcastle United to an excellent win at Old Trafford last December and Moyes has been actively tracking the former Lille man ever since. St James’ Park boss Alan Pardew would be loathed to lose the cultured midfielder but a big money offer may prove tough for owner Mike Ashley to turn down.

Considering Newcastle United spent just £4.8m to sign Cabaye back in June 2011 and therefore an offer four times that outlay could well be seen as too good to turn down.

Moyes is beginning to make room for midfield additions by sending Anderson out on loan to Fiorentina whilst Tom Cleverley is still failing to put in consistent displays whilst Marouane Fellaini is likely to be out until next month with wrist injury.

Michael Carrick is also sidelined with an ankle injury and Darren Fletcher is feeling his way back after a lengthy spell out with illness so there is certainly a need to bring in further options to boost options in the centre of te park. 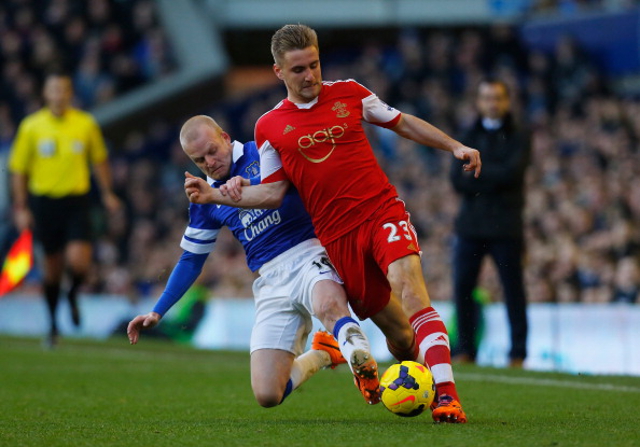 Moyes is also determined to beat Chelsea in the race to sign Southampton full-back Luke Shaw and is willing to shell out as much as £18m for the teenager, who the Man United manager sees as an ideal long term replacement for Patrice Evra, with his interest in Everton’s Leighton Baines seemingly coming to an end after two failed bids for the Toffees star.

Southampton are in something of a period of uncertainty following the resignation of chairman Nicola Cortese and the south coast side are well known for cashing in on their top talents having sold the likes of Gareth Bale, Theo Walcott and Alex Oxlade-Chamberlain in the recent past.

An offer of such magnitude for an 18 year old talent could be tough for the St Mary’s side to turn down and they may well hope that the maturing displays put in by Shaw over the past 18 months spark something of a bidding war with Chelsea.

Man United’s owners are clearly well aware of the financial, and reputational, damage that could follow the failure to secure a seat at football’s top table and that even one season without Champions League football could have serious long term ramifications on the club and as such are willing to hand Moyes the funds he needs to salvage something from what has thus far been a disastrous debut season for the former Everton manager.