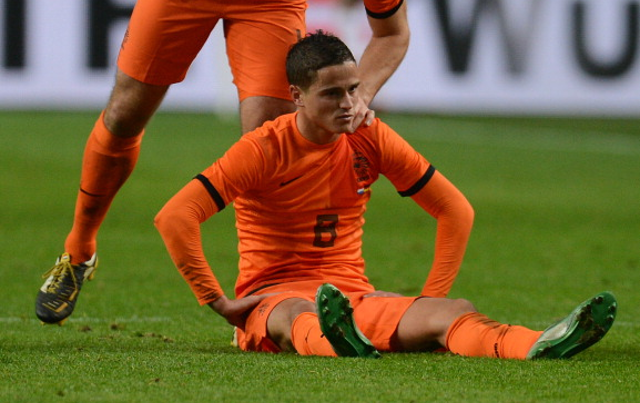 Tottenham Hotspur are hoping to sign forgotten Barcelona forward Ibrahim Afellay on loan for the remainder of the season, according to the Metro.

New Spurs boss Tim Sherwood is hoping for a busy end to the January transfer window and the club are preparing for a number of incomings and outgoings before deadline day on Friday.

Sherwood wants to bring in at least two new players before then and has set his sights on doing a deal for the Dutch international who has been told that he is free to leave the Nou Camp if an acceptable offer comes in.

The 27-year-old has seen his time in Catalonia curtailed by a series of injuries, including an innocuous looking thigh problem that kept him on the sidelines for five months.

However, he has returned to full fitness now and Spurs are hoping to be able to bring the player on board to help keep the club in and amongst the Champions League spots.

Barce are said to be open to the possibility of the player leaving, with coach Gerardo Martino saying that he wouldn’t be surprised if the player made an exit from the club in the near future.

“Ibrahim is back fit and he looks very strong in training,” he said.

“Our plan is that he will stay here, but we can’t rule out an exit. He might leave.”