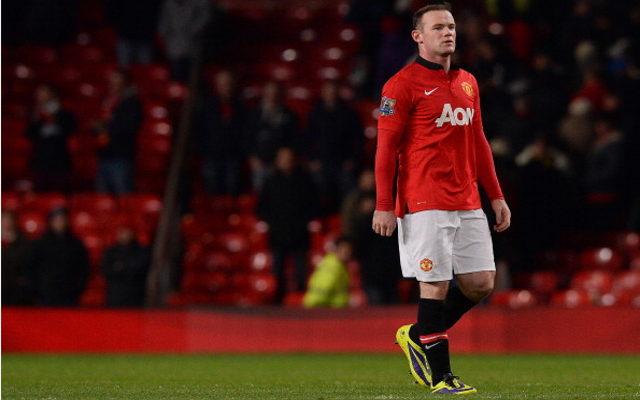 Old Trafford side look to convince striker to make long term commitment to the club.

Man United are ready to offer star striker Wayne Rooney a massive new contract that they hope will convince the 28 year old to commit his future to the Old Trafford side according to the Daily Mirror.

England international Rooney will be offered a four year deal that will earn him an astonishing £300k a week and will cost Man United £65m and Man United boss David Moyes will also be offered a £200m transfer war-chest as the Premier League title holders look to spend big to salvage something for what has been a fairly disastrous season thus far.

Rooney was strongly linked with a Man United exit over the summer but hasn’t let the uncertainty affect his form, indeed the former Everton man is the club’s top scorer and leading assist maker in Premier League action and has netted a total 11 goals and provided 14 assists in all competitions.

Moyes will look to strengthen his squad this month as Man United seek to secure a crucial top four finish as well as continued run in this season’s Champions League, with any hope of a Premier League title push effectively over and the club having been dumped out of both the FA Cup and the Capital One Cup this month.