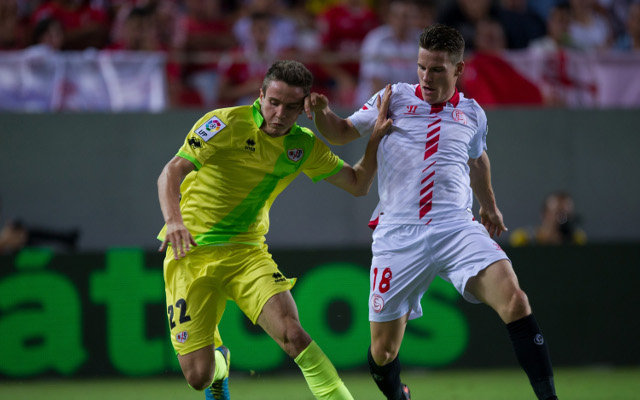 Merseysiders are hopeful they maybe able to land the player for as little as £8m.

Liverpool scouts watched Spanish youngster Saul Niguez in action first hand as he featured for Rayo Vallecano against his parent club Atletico de Madrid in La Liga on Sunday night ahead of the Reds making a possible move for the in-demand midfield starlet in the January transfer window, according to reports in the Daily Mail.

The Spain Under-21 international is currently gaining some much-needed top-flight experience by spending a season-long loan with Rayo, however, that meant the player having to play against his employers in the Spanish capital.

And the contest turned into a nightmare for the 19-year-old who, playing in an unfamiliar position of centre back instead of his usual central midfield role against high-flying Atleti, scored an own goal and was also booked on the night.

The Merseyside giants are the latest in a long line of Premier League sides to have recently expressed an interest in the Spaniard, with the likes of Arsenal, Chelsea and Manchester United having all run their eye over Niguez.

However, the Reds met with Niguez’s father and agent on Merseyside last week to discuss the possibility of signing his son, who has a whopping buyout clause in his current contract at the Vincente Calderon worth £20m.