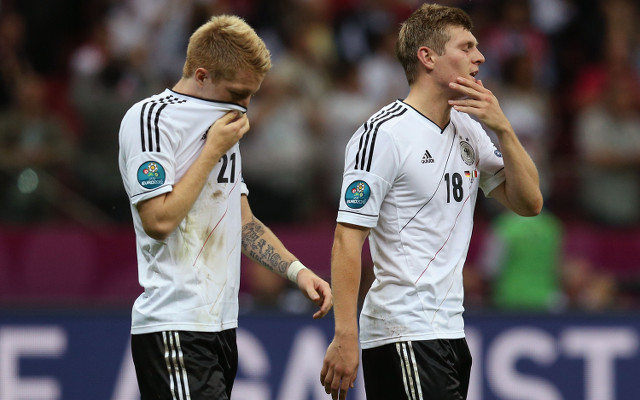 Moyes to continue spending with bids for Marco Reus and Toni Kroos.

Manchester United boss David Moyes is to continuing the strengthening of his midfield with summer bids for German duo Toni Kroos and Marco Reus, according to The Metro.

After unveiling club-record signing Juan Mata on Sunday, Moyes vowed to continue spending and Bayern Munich’s Kroos and Borussia Dortmund’s Reus are thought to be top targets at the end of the campaign.

Moyes was present for Bayern Munich’s recent trip to Borussia Monchengladbach where the Scot reportedly ran the rule over Kroos, who has just 18 months remaining of his current deal at the Allianz Arena.

The 24-year-old, who can operate as a deep-lying playmaker or further up the pitch, has been a first team regular at Bayern this season but may be interested in a change at the end of the season.

Winger Reus, meanwhile, has a £30m release clause and has also been linked with Arsenal and Tottenham.