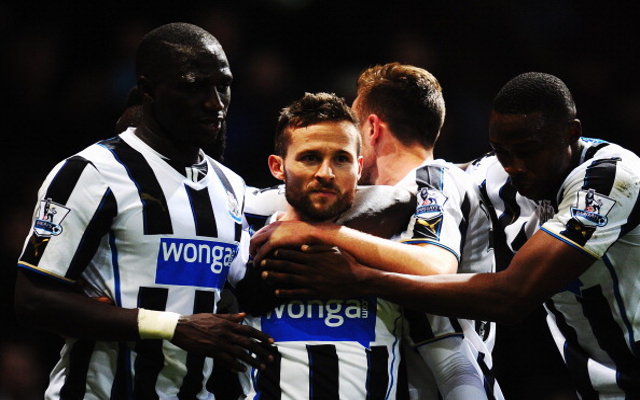 Frenchman is contracted to the Magpies until 2016.

Premier League champions Manchester United will wait until the January transfer window is about to slam shut for business once and for all for the season at the end of this week before submitting a bid worth £20m for in-demand Newcastle United midfielder Yohan Cabaye, according to reports in French publication Lefigaro.

The highly rated France international has also reportedly been attracting the attentions of big-spending Ligue 1 champions Paris Saint-Germain of late, with the Parisians believed to also be preparing a bid for Cabaye at some point this month.

However, it is understood that the Red Devils feel they have the better chance of being able to lure the coveted playmaker away from St James’ Park by waiting right until the very end of the winter window before making their feelings true.

This is a high-risk strategy though and one that failed when rivals Arsenal also attempted to employ it to land Cabaye during the previous transfer window.

On that occasion, the north London club waited until the summer window was almost shut before submitting an offer valued at just £10m for the 28-year-old that was immediately rejected out of hand by the north-east giants.