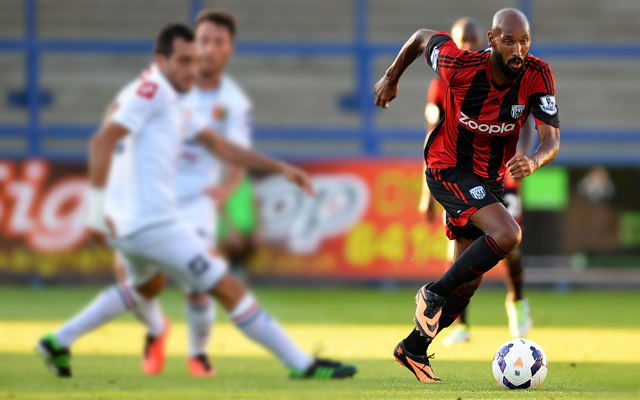 Check in to Aston Villa vs West Bromwich Albion

West Bromwich Albion striker Nicolas Anelka has insisted that he has rejected a move abroad in order to stay at the club, according to Sky Sports.

Anelka’s future in the West Midlands has come under scrutiny after he found himself in the middle of a media storm for performing a controversial quenelle gesture against West Ham United earlier this month.

The gesture is widely considered to have anti-semitic connotations and he could be looking at a lengthy five match ban if he is found guilty.

Reports have suggested that he is prepared to leave the club after growing angry at the furore after he insisted that the gesture is not racist.

He has since housed one offer from overseas, the club he claims is Lazio from Serie A, but he has promised that whatever happens he will still be a Baggies player at the end of the season.

“Thanks to Lazio and all the other clubs who wanted to sign me these last days. See you this summer if I decide to continue (playing),” Anelka said.

“But the question is why should I leave my club and England? I’m happy here and I did nothing wrong.

“So now it’s time to stay focused on my football with my club and I will try my best on the pitch like I always do.”

The gesture has been described as an inverted Nazi salute, but Anelka has maintained his innocence by insisting that he performed it to pay tribute to his friend the comedian Dieudonne M’Bala M’Bala who invented it.

Anelka is not available for selection until the FA has made its decision.