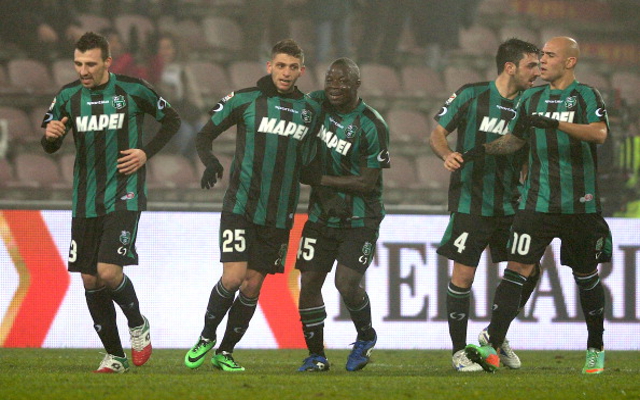 Tottenham Hotspur have now joined a number of Premier League rivals in the race to land the signature of young front man Domenico Berardi in the January transfer window, according to reports in the Daily Express.

The north London club are understood to be keen to land a new striker in the current winter window after allowing England international Jermain Defoe to leave White Hart Lane to join Major League Soccer franchise Toronto FC this month.

However, recently appointed Spurs head coach Tim Sherwood knows that he will face stiff competition from a number of other top-flight outfits in the race to lure the 19-year-old attacking starlet to the capital before the January transfer window slams shut for business for the season once again at the end of the month, with the likes of Chelsea, Manchester United and Manchester City all also said to be keen on Berardi.

The forward really came to light after finding the back of the net on a remarkable four occasions against Serie A giants AC Milan at the start of the year while turning out on loan for minnows Sassuolo, who own 50 per cent of the Italian, with champions Juventus owning the other half.