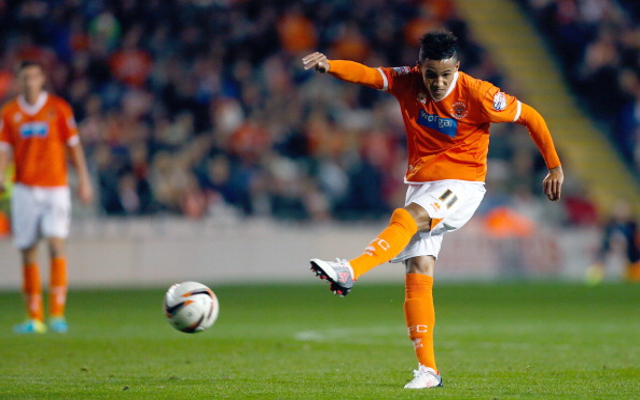 Blackpool winger Tom Ince will hold talks with Swansea City on Monday after the Championship side gave the player permission to spend the rest of the season on loan in the Premier League, according to the Metro.

Ince is out of contract with the Seasiders in the summer and has been allowed to go out on loan for a small loan fee following the sacking of his father, Paul, last week as manager.

“Following discussions with Thomas Ince and his representative, permission has been given for Thomas to discuss a loan move to a Premier League club,” confirmed a statement from the Championship strugglers.

“Thomas has expressed his ambition to play in the Premier League for the remainder of the season, a decision that the club fully understands and supports.”

Both Crystal Palace and Hull are said to be interested in bringing him back to the Premier League, but it is Swansea who are leading the charge to land his signature and he is now en route to South Wales for talks with Michael Laudrup’s men.

Swansea’s Welsh rivals Cardiff had agreed an £8m fee with Blackpool for Ince over the summer, but he opted not to go through with the move to stay with the Championship side for another season. However, this move will provide him with an excellent opportunity to show what he can do at the top level before becoming a free agent at the end of the season.