Bacary Sagna is finally set to agree a new deal at Arsenal, according to France Football. 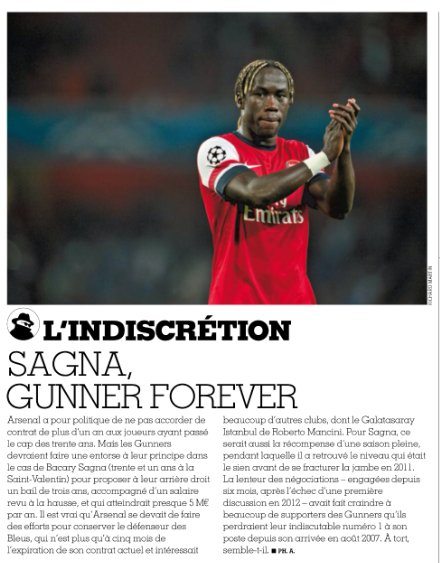 The 30-year-old defender’s current contract expires at the end of the current campaign and Sagna has been linked with Ligue 1 giants PSG and AS Monaco.

But Gunners boss Arsene Wenger hinted this week that the defender was close to a new deal and the normally reliable France Football magazine are in agreement, claiming Sagna will earn €15m (£12.3m) over a three year deal.

Sagna turns 31 on Valentine’s Day and his latest contract could see him end his career in North London.

The France international joined the Gunners from Auxerre and has made nearly 300 appearances for the Londoners. Despite persistent injuries problems, Sagna is back to best this season and impressed in his 18 Premier League appearances for Arsene Wenger’s side.