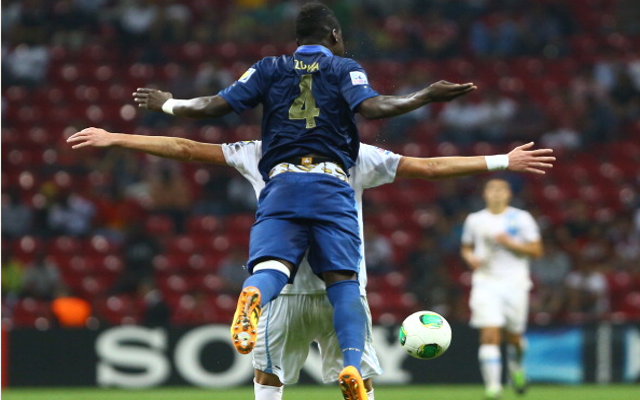 Stamford Bridge side look to bring in Saint-Etienne teenager.

Chelsea are closing in on a deal to sign French centre-back Kurt Zouma with the London Evening Standard claiming that the Blues have agreed personal terms with the teenager.

Stamford Bridge boss Jose Mourinho has been tracking 19 year old Zouma for some time and is believed to be nearing a deal with his Ligue 1 employers Saint-Etienne, with this report quoting a fee of £10m would be required to see the French Under 21 international moving to the West London club.

Mourinho may see Zouma as a long term replacement for veteran John Terry, who is out of contract in the summer, though the experienced Chelsea skipper has been an ever present in the Premier League side this term, rejuvenated since the return of the Portuguese manager.

So perhaps a move for Zouma could be in relation to David Luiz’s future at Chelsea, with talk of a possible exit rife earlier in the season though Mourinho may simply see the Brazilian as being more adept in a defensive midfield role.

Zouma has recently returned from a ten match ban handed down for a nasty leg breaking challenge earlier this season but the 19 year old has still managed to amass 62 appearances for Saint-Etienne and is on the fringes of the senior French national team set-up.